Jo is married to Jon and they moved to the village in 2002. They have four children who have attended the village schools. Jo is very active in the village, was involved on the Ladybirds Play & Toddler Group Committee for 10 years, and used to be regularly found on the turnstiles at Histon Football Club. In 2004 Jo started Mini Musicians, a music group for 0-3yrs with their carers, which she handed over after 12 successful years. Previously she has been a recorder teacher and a mid-day supervisor and she continues to do some maths tutoring. Before coming to the village Jo did a maths degree at the University of St. Andrews and then a PGCE at Homerton College and was an infant teacher at Milton Primary School. Jo comes from a church background, the daughter of a minister and was an active member of Emmanuel URC in Cambridge, before she started worshipping at St. Andrew’s, Histon in May 2012.

Rachel is married to Rob, who she met while at school. They moved to Histon in 2009 with their two children, and have attended St Andrew’s ever since. Rachel has been involved in village life in a number of ways including a stint as Treasurer for Stepping Stones, and she is still enjoying voluntary roles in SJClub at the church and within Histon District Girlguiding. Pre-children, Rachel worked in education and has a degree in sociology, economics and social policy from the University of Exeter. She also has a diploma in proof reading—a skill she puts to good use in her current role as office administrator. Rachel spends most spare moments (and some not so spare!) with her nose in a book, unless she’s re-watching The West Wing. She’s always grateful for a nice cup of tea.

Shelley moved to the village in 2006 with her husband Chay, just before the arrival of their third son. She became actively involved in the local community as elected Parent Governor for Histon Early Years Centre.  After a three year period in California, she returned to the village in 2011 and became a Parent Governor and PTA chair for Histon & Impington Junior School. Before coming to Histon, Shelley gained a BA in Economics from Lancaster University and worked extensively in financial administration centred roles, with over twelve years’ experience of aspects of the employee benefits industry including occupational pension arrangements, investment and administration management. Prior to taking on her current role Shelley assisted the Saint Andrew’s Centre Manager with administration work on a voluntary basis for a year. 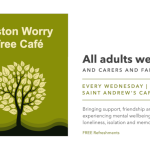 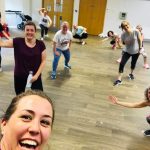 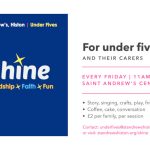